A procedure after a signal appearance:

1) When small candlesticks appear after a strong candlestick in a tendency direction you should be prepared to open a deal;

3) After closing this candlestick trade in its direction. 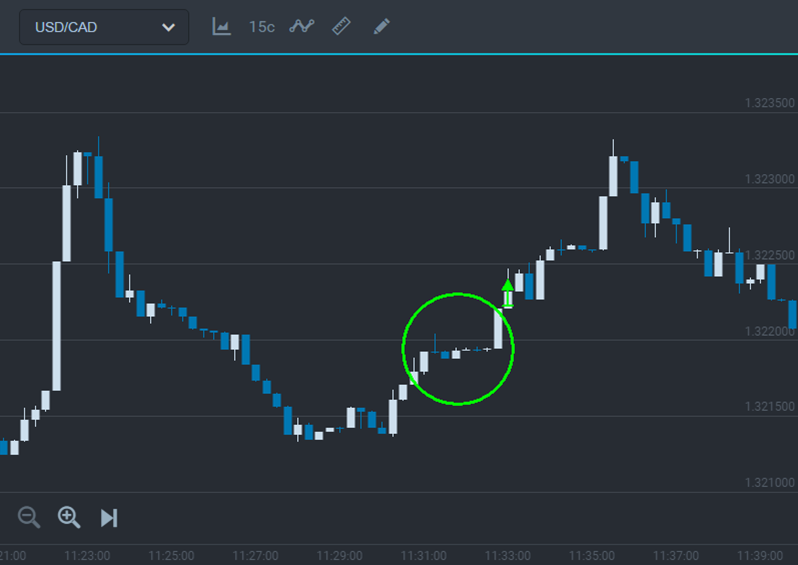 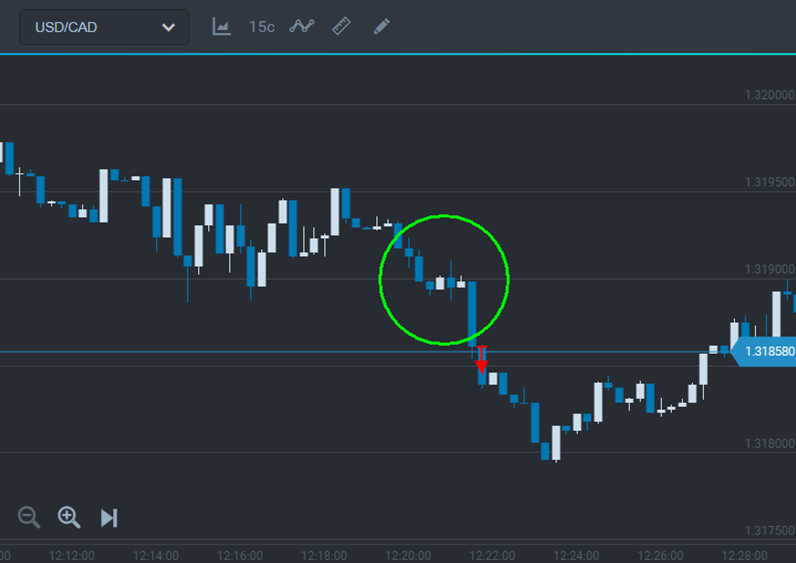 As you can see on the pictures the 3-method formation reminds such technical analysis patterns as a flag or pennant.